Understanding Why You Self-Harm

Understanding why you self-harm can play a big role in learning how to deal without self-harm in your life. After all, knowledge is power, and power gives us control to make the choices that are right for ourselves. This discussion by no means attempts to encompass every explanation for self-harm, but focuses on several of the more common ones put forward by members.

There are many many reasons why someone may self-harm, but recognizing that there is ALWAYS a reason is the first step. People do not turn to self-harm because they want to; they turn to it because they feel they need to. It is also important to remember that although it may not be a constructive coping mechanism that promotes healing, it has proved to be a tool that helps many people feel they are able to get though the day. Having said that, self-harm also is destructive in the long term, and the ultimate goal should always be learn other ways to cope.

Many people who self-harm (and those that don’t!) find it incredibly difficult to ascertain exactly why they self-harm. Many have no idea why they are doing it – just that it is something that they feel compelled to do. Obviously, carrying out such behavior without understanding why, is very confusing and can leave us feeling like we are “crazy” or out of control – and often results in feelings of guilt. These self-deprecating thoughts often result in the need to further self-harm, and hence we get locked into a cycle that is very difficult to break out of.

In general terms, self-harm is usually a way for us to deal with very painful emotions, for example, the intense emotions experienced when recovering from sexual abuse or rape.

The reasons for self-harming can usually understood in terms of three different motivations, namely emotional regulation, communication and control.

Emotional regulation is concerned with trying to implement interventions in order to allow us to function at the level we need to in the world, despite the emotional turmoil we are experiencing. We therefore use self-harm in order to bring ourselves back to a state in which we can function and survive. This equilibrium is established in different ways for different people – but ultimately we aim to get ourselves in a position where the emotions are controllable and manageable.

For some, experiencing pain – or concentrating on the ritual itself – can allow them to dissociate or “zone out” from emotional pain or disturbing thoughts and memories. They learn to concentrate on the physical pain instead, and this effectively (for a short time anyway) short circuits the mental pain and allows an escape from it. In this regard, the physical pain (or the ritual itself) works as distraction and shifts the focus. In the words of one survivor, “it was a quick, easy way to cope with very intense negative emotions like feelings of loss, lack of control, fear, and anger……. in my mind it was a lot like the use of chicken pox to prevent smallpox (if you were exposed to the first one, you wouldn’t get the other)”.

Some survivors interject feelings of guilt or self-blame concerning the sexual trauma – and as a result they have an overwhelming need to punish themselves. By self-harming, survivors can punish themselves for the things they feel they have done / felt in the past. The anger is turned inward, and this anger can be released by the infliction of physical damage upon the body. The anger can feel to uncomfortable to face or to express in any other form.

Additionally, self-harm can feel comforting. When one has been mistreated and abused, it can feel comforting to experience the feelings of pain, discomfort, shame, embarrassment, guilt that are associated with the trauma. Self harm can be a re-enactment or replication of the trauma previously experienced – and certainly can result in many of the same feelings that we experienced before. Those feelings are familiar – and to that end we feel we know how to deal with them, whereas new emotions (like sadness, anger etc) can feel more threatening to our sense of well-being.

Others have professed that they self-harm to feel something. The sexual trauma can leave us feeling numb and dissociated. In the words of a survivor, self-harm is like “a very big pinch to wake up from a dream” and it “helps me to know that there is something about me that I can still touch, and still feel…”

Communication is undoubtedly another area that many survivors struggle with – and to some extent, self-harm allows us at least some communication and expression of our inner pain, allowing it to manifest in a physical form. Therefore, it can allow us an outlet in which to express those feelings the things that are too upsetting to talk about, or that which we cannot find the words for, or where we have no one we trust to talk to.

The resulting injuries from self-harm can provide the survivor with physical evidence of the trauma they are experiencing. When all of the pain / damage / trauma is not visible, we can need something to communicate to ourselves (and others) that it is real. “Roald Dahl once said that no one can hurt that much and not bleed. I think this stands true. I was young and confused and in pain and there was no release. If you cut your knee, you see why you are hurting. I didn’t have a visable sign” Obviously, physical scars can also communicate to others that all may not be as well as it seems – and, at times, self-injury can be a cry for help and support. One survivor bravely confessed “I self-harm when I’m so lonely I want to scream”.

There is perhaps a fourth element, perhaps not so widely talked about, but that is the idea that self-harm can be self-nurturing. It is perhaps relevant to remember that pain releases endorphins (the body’s natural analgesia) into the bloodstream, which can result in a feeling of euphoria and temporarily replace emotional turmoil. This “feel good factor” can be a big draw, especially when someone has spent a lot of time feeling very depressed and anxious – and any relief from this is very much welcomed. Furthermore, self-care can take place after the self-harm as taken place by way of applying first aid to the injured area. This, again, can feel very gratifying to a person who has been denied love and care when they have been hurt.

There is a cyclical nature of self-harm, whereby the behavior escalates, either in frequency or severity. We self-harm because we want to feel better, then the fact that we resulted to self-harm makes us feel bad, guilty, ashamed etc – and so we self-harm again in order to feel better about ourselves. Eventually it can feel like the compulsion to self-harm is taking over our life – and self-harm becomes the norm, the constant that we need to do in order to be okay. Dependence on this behavior can be exhausting, frightening and dangerous – and threatens our sense of self-worth and safety. For every positive effect that we feel self-harm is having, there is a definite negative consequence waiting in the wings.

Also remember that you can also find support for self-injury after rape or sexual abuse on Pandy’s. 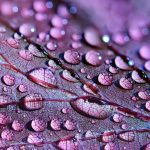 Learning to Live Without Self-HarmSelf-Injury