Was it My Fault? Self-Blame & Survivors

Rape and sexual abuse victims often blame themselves. Please know that it was not your fault

This is one of the most common questions we see posed at Pandy’s and in other survivor communities. It should really come as no surprise that survivors blame themselves; it seems that society only takes rape seriously when the victim was violently overtaken by a stranger jumping out of the bushes. For most of us, our rapists were wolves in sheep’s clothing. They were our dates, our friends, our teachers, our cousins or fathers or mothers or husbands.

In the United States, only 40% of survivors report the crime. Of those, “a mere 7 percent go to trial, and only 1 percent of accused rapists are convicted.”* When the courts aren’t placing responsibility where it belongs, it becomes even harder for society to see us as victims whose actions played no role in what happened. And, therefore, it becomes even harder for us as survivors to realize that we are not to blame.

Did my choice lead to my rape?

We make hundreds of choices each day. Some are clearly good (wearing our seatbelt) and some are more neutral (eating potato chips for lunch instead of an apple). But some choices we make end up being bad only because of an intervening factor. For instance, one day last summer I parked outside instead of in a covered garage, on a day that happened to bring a huge hailstorm, and my car sustained $2,000 in damages. “How stupid,” I thought. “If only I had parked in the garage.” What a bad choice I made!

But how was I to know that we’d get the worst hailstorm of the decade?

For rape survivors, we often think, “Why did I get in the car with him?” “Why did I go to that party?” “Why did I get drunk?” This is risky business, this second-guessing of our actions. We can second-guess all day long, but the bottom line is that we would not have been raped had our rapist chosen to be respect us and our autonomy, to not commit a crime, to be a decent human being. The buck stops there.

While not all choices are “good” we have the right to make neutral or bad choices without anticipating someone else will take advantage of us and rape us. We have the right to have a drink or go on a walk through a park. Drinking unsafely and walking alone at night likely do make a person more vulnerable. I think most survivors would agree with that. But no one has the right to rape us, ever, no matter what we say or do.

I often see this argument for assigning personal responsibility to survivors instead of placing it solely on the rapist. At first thought the analogy makes sense and persuades many people. But if you look at the analogy critically, the fallacy becomes clear.

In the busy street analogy, the victim solely is putting herself at risk of an accident. No matter how hard the driver tries, he will not be able to avoid hitting her. He cannot slam on the brakes hard or fast enough to prevent the accident.

On the contrary, no rapist rapes by accident. He or she makes a choice. He or she is not just another victim. The rapist, as opposed to the car driver, has plenty of time to make a choice. Unfortunately, the rapist makes the wrong choice and we suffer for years because of it.

But the absolute bottom line is this:

Only one person makes the choice to rape. There are things we can (and should!) do to protect ourselves, but the only person who can prevent rape is the rapist him or herself. Bad decisions, neutral decisions, good decisions; to me it doesn’t matter. We should be able to live our lives, we should be able to trust our family and our neighbors. Rapists should not rape. Period.

The Rape Crisis Information Pathfinder: An excellent article on victim-blaming.

RAD: Realistic self-defense tactics and techniques for women that focus on awareness, risk reduction, and risk avoidance. After the initial fee, there is a free lifetime return and practice policy. This program is highly recommended. And remember: while there are steps you can take to reduce your risk, such as taking a RAD class, all risk will never be completely eliminated, and the responsibility for rape is always on the rapist. 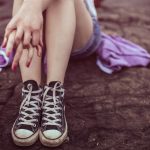 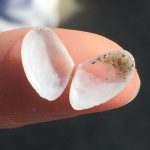 What to Do If You Have Been RapedRape & Sexual Assault