Speaking Out: The Benefits for Survivors of Sexual Assault

In Trauma and Recovery, Judith Herman writes, “Many survivors seek the resolution of their traumatic experience within the confines of their personal lives. But a significant minority, as a result of the trauma, feel called upon to engage in a wider world.” 1

I have been feeling that “call to engage in the wider world” for two decades: I am 42 years old, and did my first media interview as a rape survivor when I was 23. As the coauthor of a book about intimate partner rape, I have spoken many times via print media, television, radio, and also to sexual assault and domestic violence organizations. Initially, I decided to speak out because I was sick of the social stigma that shamed survivors of rape. I grew impatient with waiting for society to change and make it safer for survivors to speak, and decided it was up to me to actively defy the stigma and speak anyway. For me, this was a way in which I could be part of the change I desired.

Why speaking out about sexual assault is good socially

Survivors of sexual assault who publicly speak out create change in the silence that surrounds this crime. Your act of speaking out can end the false sense of shame that survivors often carry. Seeing you cast off the shame may inspire them to do the same. In speaking out about partner rape, I have received many warm and heartfelt correspondences from people who felt very isolated but who now know that they’re not alone, that they can seek help, and that they can heal. Seeing people’s lives changing in this way is one of the greatest fruits my efforts can bear, and I am intensely glad to have used my voice to help facilitate it.

Sexual assault and its wounds flourish in an atmosphere of secrecy, silence and myth. Speaking out brings it into the light. The courage of survivors prepared to speak has agitated for legal change, brought about improvements in therapeutic approaches, and undermines in a very powerful way social myths about sexual assault that promote acceptance of this crime.

Your act of speaking out has the power to heal and change on a broader scale than you may know; never doubt it.

Why speaking out about sexual assault is good personally

Again, we hear from Judith Herman: “Survivors undertake to speak about the unspeakable in public in the belief that this will help others. In so doing, they feel connected to a power larger than themselves.” 2 I have experienced the sense that not only does speaking out help other survivors feel less isolated, but that I, too, feel less alone as I join with others engaged in the same battle. It is also richly empowering to have transformed my experiences into the ability to offer something worthwhile to other survivors.

In speaking out, you become part of destroying the forces that have harmed and hurt you. This has been one of the greatest expedients to my own healing. It is just such a fine way to fight back and can reduce one’s own fear and shame. There is even a little thrill of vengeance towards those who attempted to silence me. Fools – I can tell the world if I want to – it’s my voice!

The sorrows and joys of speaking out about sexual assault.

Initially, when I began to speak out, I wanted to send a message about overcoming shame, but found in the aftermath that I still very much felt ashamed and afraid that people would say negative things. I knew intellectually that I had no reason to be ashamed, but if you are a survivor, you know that it can take longer for intellectual truth to reach your gut. Although I am not sorry for any past speaking out activity, I don’t know if I was ready in those early days. It’s very important that survivors only proceed if they feel ready, not because they think they should.

Sometimes after doing an interview, I would feel quite flat and sad – though again, not sorry I did it. It seemed to bring the parts of me that were hurt closer to the surface. It seemed to be easier to speak honestly to an impartial journalist than somebody closer to me. As well, answering questions about what had happened to me as honestly as possible, and providing detail, could be quite triggering. It was necessary to take good care of myself at these times.

I did worry about becoming a “professional victim”, or the “victim” that the media wheels in when they want a rape story. However, the benefits of speaking out have by far outweighed these concerns, and I certainly do not feel as if speaking out has locked me into a victim identity.

Speaking to an organization may feel somewhat safer than speaking to the media, because in the former you’re “preaching to the converted” whereas in the latter you have a much wider audience. When you forego anonymity as I have done, there’s a sense of being “exposed” that can be uncomfortable because we don’t know how everybody will respond. Some of us who have experienced secondary wounding – that is, cruel or disbelieving comments from others, get set up to believe that everybody will think the same way, and that silence is necessary to protect ourselves. In speaking out, we learn that not everybody thinks the same way. Fortunately for me, positive comment has been far more the norm. Also, it can be wonderful to get hugs from other survivors when you speak at an anti-rape rally!

I found that speaking out got much easier over the years. As I was publishing my book, I still struggled with fear of what people might think, or whether I would be an embarrassment to certain family members who believe that speaking about rape isn’t “nice.” However, post-publication seemed to push me over a final frontier. I honestly no longer care what people think; it’s their problem. The opinions of the people who are helped by survivors who speak out are much more important.. It has also not been my experience that people say negative things (at least not to me!) and I’ve not experienced people saying “Eeew! There goes that woman who was raped.” Ultimately, none of the fears I had about speaking out were worth remaining silent for.

If you are contemplating speaking out: Things you may want to think about

Your physical and emotional safety: Ultimately, your first allegiance is to your psychological and physical safety. There is nothing wrong with declining to speak out if that’s what you need to do. You may still be in danger from an abuser, or wish to protect certain family members who were also abused. If you choose to speak out anonymously, you are still doing much good. Some publications want you to use your full name and/or photographs. Only do this if you feel sufficiently safe doing so.

The nature of the publication/program you are speaking to: Get as much information as possible, and ask for links.

The gender of the interviewer: Some female survivors feel more comfortable speaking to a woman. I have to say, however, that some of my most favourable experiences have been with male interviewers.

What the nature of the interview and resultant article will be: You don’t want to be misrepresented or used to fuel negative views about sexual assault. Ask what the slant will be, and whether it’s possible for you to read or hear an article before it goes to press so that you can make sure you’re happy with it. This won’t always be possible, but if you’ve asked for information and seen the publication or program, you may have a feel for how it will go.

Support: If you are speaking out anywhere, you may wish to have support as you do it, or that you can call on before and after. You may feel triggered, or just need to discuss fears, concerns or the process itself. Our message board contains many members who have spoken out, or who ask for support in doing so. I have received tremendous affirmation and enthusiasm there for my own public activities.

Ways of speaking out

There are many ways that you can speak out about sexual assault, anonymously or not. Here are just a few suggestions: 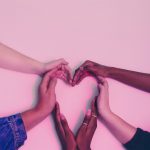