The following studies are taken from an article titled “Repressed Memory: What the Science says” (From “Accuracy About Abuse” May 1997):

“No study failed to find it….Amnesia for childhood sexual abuse is a robust finding across studies using very different samples and methods of assessment. Studies addressing the accuracy of recovered memories show that recovered memories are no more or no less accurate than continuous memories for abuse.”

Repressed memory in war vets or holocaust survivors has been a long acknowledged phenomena. Add to this that many survivors of adult rapes (the author included) have also forgotten chunks of their experiences. It was only when it began to be about child sexual abuse that it generated the current painful polemic.

It is no doubt true that certain therapeutic praxis may do more harm than good. But even bad therapy does not necessarily a false memory make. There is the well-known case of Jill Christman (From Freyd, “Betrayal Trauma: The Logic of Forgetting Childhood Abuse”) Christman attended therapy for some personal problems, and began to recover memories of childhood sexual abuse. The memories involved the presence of another child and were recovered in a confusing, cloudy way. Christman, who was aware of the memory polemics raging at the time, felt that the therapist was pushy and suggestive, and so abandoned therapy, deciding that her memories were “false.” Later, she was sought out by the other victim who in fact corroborated what Christman had remembered in therapy.

The False Memory Syndrome Foundation (FMSF) have disseminated much damaging misinformation including simplistic views about ways in which they claim false memories are produced. Are these methods really very common? The FMSF claims that the therapeutic creation of “false memories” is an “epidemic.” However, based on careful analysis of how the FMSF counts and collates – inflates – its statistics, this claim appears to be without foundation. (Whitfield, C, Memory and Abuse)

Another simplistic FMSF view is that women are all too anxious to blame sexual abuse for all their problems. Among other things, any reading of this board can show that we are often reluctant to identify the abuse that lies behind many of our sufferings. Many of us self-berate for not being “stronger”.

Thinking of theories which accuse women of fantasizing about sexual abuse is nothing new either, this has it’s roots in Freud’s “Electra Complex”, a theory which has damaged and invalidated women for over a century. Jeffrey Masson, in The Assault on Truth: Freud’s Suppression of the Seduction Theory, concluded that Freud may have coined this term due to professional ostracism – it was too difficult for Viennese society to accept that that respectable Viennese fathers could rape their own daughters.

And so we come full circle. But the Electra Complex has at least gained some respectability (however dubious) while “False Memory Syndrome” is not and has never been a recognized psychiatric phenomena. As a matter of fact it the term was coined by one Ralph Underwager, a known supporter of paedophilic sexuality.

Of course it’s awful to imagine anyone being convicted on dubious evidence. But by far the problem for victims of rape/child sexual abuse is the lack of justice executed by courts, particularly, thanks to the FMS, if the case is based on recovered memories. 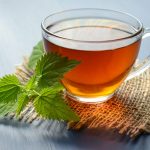 …But why didn’t I tell?Child Sexual Abuse