For Women Raped by Husbands or Boyfriends

Information about relationship rape, beyond a few excellent studies or pieces in books, is not common, yet the act of rape in relationships is. Rape by somebody you have been sexually intimate with is often not seen as ‘real’ rape. Society takes the dangerously limited view that ‘real’ rape happens in alleyways or parks, the rapist is a lunatic stranger, and the victim must be a virgin of impeccable reputation. Such attitudes are based on the premise that having given initial consent, a woman is not free to withdraw it.

This makes wives and girlfriends ‘unrapeable’, and also permits sexual violence against them to continue. It is true that there are laws in most western countries which make rape in relationships a crime, but because of underlying attitudes about what is real rape, they are often ineffective.

Sometimes women raped by partners are themselves unable to name their experiences at the hands of partners as rape. When they can call it rape, they are often aware that there will be little validation for them, and this can make finding healing resources difficult. People can also tend to make negative and wrong inferences about a woman’s intelligence or character if she stayed in the relationships – such people rarely understand the dynamics of violent relationships.

But partner rape is real rape.
It may happen once or many times.
It may involve coercive pressure or battery and torture.
It happens in very violent relationships, or in those that are otherwise respectful.
Women are raped by men they love.

You are Not Alone – Some Statistics:

Your Pain is Real

Where partner rape is acknowledged as having happened, it is often not seen as a ‘real’ trauma. Yet studies indicate that women can be severely traumatized for a long time after. Their pain, and what they struggle with, often carries longer and graver implications than for women raped by strangers (Finkelhor, D.and Yllo, K., License to Rape: Sexual Abuse of Wives, The Free Press, New York 1985; Russell, Diana E.H., Rape in Marriage, Indiana University Press, USA 1990).

If you are a survivor of rape/sexual assault by an ex/partner, you probably don’t need me to tell you this.

Women raped by partners often face the prospect of ongoing contact with their rapists via school, shared children or other. Sometimes, they deeply and genuinely love the perpetrator, and struggle to come to terms with the magnitude of the betrayal. They balance this with fear of recurrence. Women being raped by their partners are also statistically more likely to be murdered by them (Bergen, R, Wife Rape: Understanding the Response of Survivors and Service Providers, Sage Publications, California, 1996)

If you are a survivor of partner rape who has made it to Pandy’s, please know that you are very welcome to discuss your issues, ask for support and share your story here. Because your sexual assault/s took place in the context of a relationship, you may also have domestic violence-related issues you want to share or seek support for. Please feel free to post about this in the Pandy’s message board and chat room.

While we encourage you to seek professional help if you are in current danger from a partner, and we believe that your safety deserves to be a priority, please don’t be afraid of being judged if you are still in a relationship of abuse. Speak out – many of our members have been where you are.

You deserve to heal, no matter how long ago it happened or how many times you may have returned to the relationship. 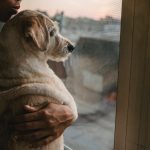