How to Support a Person Being Abused by Their Partner

Author is Lundy Bancroft and article submitted by Louise

This article is a reproduction of copyrighted work, thus it has been published on Pandy’s as it appeared and the reader should add the appropriate gender pronouns as it relates to them.

The principle to keep foremost in your mind when you want to make a difference to a woman in an abusive relationship, is to be the exact opposite of the abuser. Here’s how:

The Abuser: Pressures her severely

So you should: Be Patient. Remember that it takes time for an abused woman to sort out her confusion and figure out how to handle her situation. It is not helpful for her to try and follow your timetable for when she should stand up to her partner, leave him, call the police, or whatever step you want her to take. You need to respect her judgement regarding when she is ready to take action – something the abuser never does.

The Abuser: Talks down to her

So you should: Address her as an equal. Avoid all traces of condescension or superior knowledge in your voice. This caution applies just as much or more to professionals. If you speak to an abused woman as if you are smarter or wiser than she is, or as if she is going through something that could never happen to you, then you inadvertently confirm what the abuser has been telling her, which is that she is beneath him. Remember, your actions speak louder than your words.

The Abuser: Thinks he knows what is good for her better than she does

So you should: Treat her as the expert on her own life. Don’t assume that you know what she needs to do. Sometimes, suggestions that even experts think are exactly right turn out to be terrible for a particular situation. Ask her what she thinks might work, and, without pressuring her, offer suggestions, respecting her explanations for why certain courses of action would not be helpful. Don’t tell her what to do.

So you should: Listen more and talk less. The temptation may be great to convince her what a “jerk” he is, to analyze his motives, to give speeches. But talking too much inadvertently communicates to her that your thoughts are more important than hers, which is exactly how the abuser treats her. If you want her to value her own feelings and opinions, then you have to show her that you value them.

The Abuser: Believes he has the right to control her life

So you should: Respect her right to self-determination. She is entitled to make decisions that are not exactly what you would choose, including the decision to stay with an abusive partner or to return to him after a separation. You can’t convince a woman that her life belongs to her if you are simultaneously acting like it belongs to you. Stay by her even when she makes choices that you don’t like.

The Abuser: Assumes he understands her children and their needs better than she does

So you should: Assume that she is a competent, caring mother. Remember that there is no simple way to determine what is best for the children of an abused woman. Even if she leaves the abuser, the children’s problems are not necessarily over and sometimes abusers actually create worse difficulties for the children postseparation than before. You cannot help her to find the best path for her children unless you have a realistic grasp of the complicated set of choices that face her.

The Abuser: Thinks for her

So you should: Think with her. Don’t assume the role of teacher or rescuer. Instead, join forces with her as a respectful and equal team member.

Notice that being the opposite of the abuser does not simply mean saying the opposite of what he says, If he beseeches her with “Don’t leave me, don’t leave me,” and you stand on the other side badgering her with “Leave him, leave him,” she will feel that you’re much like him; you are both pressuring her to accept your judgment of what she should do. Neither of you are asking the empowering question, “What do you want to do?”

On Neutrality and not “Taking Sides” 2 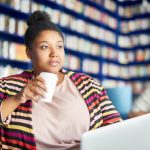 What to say to a rape or sexual abuse survivor.Secondary Survivors (Partners, Family & Friends)