A BRIEF OVERVIEW OF PARTNER RAPE

In this article we’ll look at the commonality of partner rape, other forms of abuse that may also happen, and a little on why abusers rape and excuses they make. If you are a survivor new to acknowledging partner rape and healing, the following may help to “normalize” your experiences. Please be aware that although the victims are identified as female, and perpetrators male, these may be interchangeable depending on your situation.

HOW COMMON IS PARTNER RAPE?

If you are a survivor, you are certainly not alone. Researchers have been telling us about marital/partner rape for more than 25 years, and the news is not good: Partner rape is incredibly common. Let’s have a look at the stats:

Sexual abuse and assault happen in relationships that may not be overtly abusive. However, partner rape itself is domestic violence, and since it is an act of control, we shouldn’t be surprised when it coexists with other forms of abusive control. These might be any of the below:

If you’ve experienced these other forms of abuse, you may have come to doubt your own worth or sanity, and have little self-confidence. But just remember: These are tactics that abusers use to control and intimidate. Whatever you may have come to believe about yourself is a reflection of the abuse, not of truth. Please do think about seeking help – you deserve much better. Nobody has the right to control and hurt you.

It’s a common misconception that rape – particularly partner rape – is about sex, rather than an act of power, control and violence. Here are common types of partner rape (note: They are NOT excuses for abuser behaviour, and just because an abuser is motivated by, say, power one time doesn’t mean he always is; I can clearly identify times when my ex-partner was motivated either by power or by anger):

If you identify with any of the above, please know that there is help available. Don’t be afraid to call domestic violence or sexual assault services- also Pandy’s has many survivors of partner rape who will gladly support you. 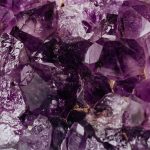 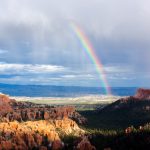 For Women Raped by Husbands or BoyfriendsRelationship Violence