Many of us, in response to being told that being abused as children was not our fault, respond with the line, “…But I never told anybody?”. We berate ourselves for not being able to tell, and somehow conclude that the fact that we “didn’t tell anyone” about the abuse, somehow makes us culpable for it.

As an older teen or adult, it is very easy to look back and think of all the missed opportunities for when we could have broken the silence. But what’s very very important to remember, is that when we do this, we are looking back from the perspective of an adult, not from the perspective of a confused and / or frightened child. It’s necessary to remind ourselves of why we didn’t tell as children, so that we can perhaps have more acceptance, compassion and understanding of our child selves.

There are so many reasons that children feel they are unable to report sexual abuse, and many survivors have more than one reason for keeping it secret. This is by no means an exhaustive list, but here are some of those reasons. Maybe you can identify with one or two of them.

“Not telling” does not make you in any way responsible for the abuse that happened to you as a child. If you think about how difficult it is to talk about the abuse as an adult, just ask how you could expect yourself as a child to have be able to do that. For many children, “telling” just doesn’t feel like an option. 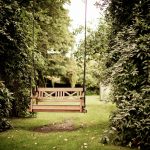 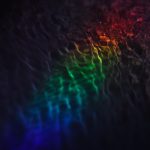