Let’s have a look at what researchers and helping professionals say about sexual arousal and sexual assault:

Rape and Sexual Arousal: Aphrodite Matsakis writes about sexual arousal or orgasm in rape,Before you chastise yourself for one more minute, remember that your sexual organs do not have a brain. They cannot distinguish between a mauling rapist and the gentle touch of a lover. They simply react to stimulation the way they were physically designed to respond.If you climaxed or had some other sexual response to the rape, this does not mean that you enjoyed it (1992, p.73).

And it isn’t just about you and the way your body responded either. It may also have been one of the repertoire of dirty tricks rapists use to get their victims to feel responsible. Diana Russell writes that “Some rapists think they’re lovers” and tells us:(These rapists) think that if a woman is stimulated in ‘just the right way’ she will enjoy it. The conquest may seem more important if the rapist believes he has turned the woman on physically, particularly if it is against her will. Getting the victim to respond physically may also alleviate the rapist’s guilt feelings (1975, p.110).

So, whether your body had a spontaneous response, or whether it was deliberately induced by the rapist, it doesn’t mean that you asked to be raped or liked it. It was not your fault.

Marital/Partner Rape and Sexual Arousal: Marital rape researchers David Finkelhor and Kersti Yllo found that some women in their study reported that they had experienced pleasure during the rapes, particularly in cases of repeated rape. They write that this appears to be an “adaptive response” that makes repeated rape more survivable (1985 p 125).

Additionally, some women feel guilt and shame about enjoying sex with their partners in between episodes of rape. They feel as if they are “sick” to have enjoyed sex with somebody who was also raping them. They may question whether they were raped at all, or whether their partners had a right to take from them what had been enjoyed in the past. Indeed, some women are further harmed by violent partners for not showing a response. (Easteal & McOrmond-Plummer, 2006 p. 212). While it’s not the scope of this article to speak about the dynamics and shifts that happen in abusive relationships, it is also common for women to try to “forget” abusive episodes, and respond to their partners when approached with affection (Finkelhor & Yllo, 1985 p. 124). Your partner may also have used previous enjoyment against you – for example, my partner would mock me for crying in the course of a rape, saying “You loved it last night.” Again, this is absolutely nothing for you to be ashamed of. It is an extension of the rapist’s power over you.

Child Sexual Assault and Sexual Arousal: If you are a parent, you will have noticed that your infant has a natural curiosity about his/her genitals. As the mother of boy children, I routinely observed the tweaking from about 3 years up that was capable of producing little erections. Children learn early that certain types of touch are pleasurable. It is an innocent and normal stage of growth

What is not innocent and normal is the way child sexual offenders misuse this. Detective Senior Sergeant Chris O’Connor, who spent 16 years investigating sex and child-exploitation crimes, writes, “Every paedophile has a modus operandi or ‘grooming process’ that centers around breaking down a child’s inhibitions and defences to the physical sexual act” He further tells us that “seduction,” or stimulating a child in order to get the child to accommodate the abuse and feel complicit in it is extremely common (1999 p. 196). Some abusers will stimulate a child and then tell the child that he or she is a “disgusting little boy/girl” for having a response. This is horribly scarring, to say nothing of completely unjust and unfounded.

If you were sexually assaulted as a child, you were victimized by somebody who had knowledge of how to touch and manipulate you to the ends of their own gratification, and ensuring that your shame and (false) sense of complicity rendered you less likely to tell. It is another dimension of the abuse, and not a statement of you being bad. As you heal, you will come to give the abuser back the responsibility for all of the abuse, including the responses.

That you are the completely alone with this “secret” – the only one “bad”, “dirty” or “freakish” enough to have felt this. You are definitely not alone. As we saw above, sexual response to sexual assault is common.

That it means you liked being raped or wanted it to happen: Despite your confusion, ask yourself how you really feel about it. In all likelihood, you do know how repulsed by it you actually were, and your life is now bearing the effects.

That it means you and/or your sexuality are inherently bad or “sick” No. Sexuality is a natural drive. Speak with other survivors here at Pandora’s Aquarium who once, like you, felt the same way but have reclaimed their sexuality.

That your body betrayed you: It didn’t. It responded the way bodies were designed to.

If you are a male, you may feel that the response means you are “gay.” Responding to sexual assault physically doesn’t make you anything. Once again, your body responded to touch in the way bodies were designed to.

If you are a gay male, you may wonder if the sexual assault made you that way. Being gay is a perfectly healthy way to be, but in order to feel comfortable with your identity, you may need to engage a counselor. You may also like to speak with other gay men who are survivors and comfortable with their identities.

If you are a woman, you may feel that you are tainted This may take the form of believing that you were a “whore” even as a child: No child is a “whore.” The way you feel is a wound; something that was implied by the abuse and/or your response to it. It is not a statement of truth. Spend time looking at little girls; reflect that just as you would never blame them for being sexually assaulted – even if they responded – you are no different, and no less deserving.

Sexual self-injury: This may entail deliberately walking alone at night, asking sexual partners to hurt you or making yourself available to strangers for degrading purposes. You may also join rape fantasy boards and chats. You need and deserve help as soon as possible. This form of self-injury feels as compulsive as other forms of self-injury such as cutting. Yet even if you believe you are sexual garbage and that what happens to you doesn’t matter, it is an effect of what happened to you. You are too precious to be hurt anymore or, importantly, to expose yourself to the risk of HIV/AIDS.

Masturbating, perhaps compulsively, to abusive fantasies or abuse memories: Many survivors feel intensely disturbed by this. The arousal combined with abusive fantasies/memories may be a form of reliving how you felt when you responded to the abuse. If you are like me, you may have grown up believing that sex is supposed to hurt and degrade. When I hit puberty and developed stronger sexual feelings and urges, the only point of reference that I had for what sex is supposed to be like was sexual abuse. This took the form of some very dark fantasies and responses, and I believed that I was disgusting beyond redemption. I now understand that I was not bad, I was hurt. I am not ashamed of something that abuse did to me. You can get there too!

A note about rape fantasies: We live in a society that wrongly construes rape as being about “sexiness” and “desire” rather than violence and control. Diana Russell writes,”…Women have been taught that sex is bad. Guilt frequently accompanies sexual stirrings, and in many rape fantasies, by imagining physical or mental pain, a woman can punish herself for having forbidden sexual desires…It cannot be overstressed that having voluntary fantasies of being raped, and wanting to be raped in actuality, are two entirely different things (1975, p. 267)

Avoiding sex altogether since any pleasurable feeling triggers associations with rape: The distress this can cause, and the damage to relationships, may be immense. As a survivor, you can choose to be asexual or not have a relationship. For some people, these are good and valid choices. But please, don’t allow your future to be dictated by sexual violence. You can heal and have intimacy and good sex. You deserve the best that healing has to offer.

Punishing yourself for feeling sexual pleasure Again, being associated with rape, it feels “wrong”:The context in which you felt sexual pleasure was wrong – the feeling itself is not wrong or dirty. As you heal, you will hopefully come to define your sexuality on your terms, not a rapist’s.

Strategies for Dealing and Healing

Therapy: Most survivors of sexual assault can benefit from having counseling with a therapist they trust to hear “the worst.” If you have a good rapport with your therapist and you know they work well with sexual assault issues, please, give yourself a loving push to speak to him/her about this. If they are well-versed in the multitude of sexual issues sexual assault carries, they will understand. If you haven’t got a counselor, it’s recommended.

Reading: Wendy Maltz’s book, The Sexual Healing Journey, is a most excellent resource, especially for survivors of child sexual abuse.

Share with survivor-peers: Other survivors have known the shame that you feel. Please, be assured that if you choose to post on Pandy’s you will not be judged but you will find others who have felt as you do.

Please, don’t beat yourself up for this any more. You can take control, find support and heal. And, once again: please also feel very okay about posting about any of these issues in our sexuality forum. If you browse the forum, you’ll see that the theme of sexual arousal and sexual assault comes up time and again. 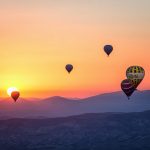 Reclaiming your SexualitySex and Intimacy