Is Your Abusive Partner Truly Changing?

Signs That (S)He Has Changed

(S)He is willing to wait however long it takes for his/her partner’s trust to be rebuilt, and does not pressure partner to forgive or reconcile until the partner is ready.

(S)He does not say or do things that threaten or frighten the partner.

(S)He listens to and respects partner’s opinion, even if (s)he disagrees.

Partner can express anger or frustration toward him/her without being punished or abused.

(S)He respects partner’s “no” in all situations, including physical contact.

(S)He does not prevent partner from spending time with friends and family, and does not punish partner later.

(S)He is willing to continue counseling as long as necessary.

(S)He takes responsibility for his/her actions, and does not blame partner for his/her bad behavior.

(S)He is kind and attentive instead of being demanding and controlling.

When (s)he becomes frustrated or angry, (s)he does not take it out on the partner or children.

(S)He admits to his/her abusive behavior, and stops trying to blame or cover up.

(S)He acknowledges that all the abuse was wrong, and identifies all the ways (s)he used to justify the abusive behavior.

(S)He acknowledges that the abusive behavior was not a loss of control, but a choice on his/her part.

(S)He recognizes and is able to verbalize the effects of his/her abuse on partner and children.

(S)He identifies attitudes of entitlement or superiority, and talks about the tactics (s)he used in maintaining control.

(S)He wants to make amends for the harm (s)he has caused.

(S)He is committed to not repeating past abusive behavior, and realizes it will be a life-long process.

(S)He is willing to hear feedback and criticism, is honest about his/her failures, and is willing to be held accountable for abusive thinking and behavior.

“Beware of the temptation to gauge change by means of the perpetrator’s church-going or therapy-acquiring behavior. Going to church or seeing a therapist is not good enough . . . does not prove that (s)he is no longer going to hurt his/her partner any longer.”

(S)He blames partner or others for her/his behavior.

(S)He uses guilt to manipulate the partner into dropping charges or keeping silent.

(S)He pressures the partner to let her/him move back in before partner is ready.

(S)He will not admit (s)he was abusive.

(S)He convinces others that it is the partner who is either abusive or crazy.

(S)He demands to know where partner is and whom (s)he is with.

(S)He uses partner’s behavior as an excuse to treat the partner badly.

(S)He continues to use sarcasm or verbal abuse, talk over his/her partner, and shows disrespect or superiority.

(S)He does not respond well to complaints or criticism of her/his behavior when (s)he slips back into abusive behavior.

(S)He continues to undermine partner’s authority as a parent, and partner’s credibility as a person.

Her/His mindset about women/men has not changed, even though (s)he avoids being abusive.

(S)He criticizes partner for not realizing how much he has changed.

“Completion of a batterer’s intervention program class by a man does not mean his victim is safe or that he has stopped being abusive. While men may learn tools for acting nonviolently, research indicates that many men continue to be abusive, even if they change their tactics.” —Embracing Justice: A Resource Guide for Rabbis on Domestic Violence

If you go back too soon, the abuse will be worse and leaving again will be harder.

1. Admit fully to his/her history of emotional, verbal, psychological, sexual and physical abusiveness. Denial and minimizing need to stop, including discrediting your memory of what happened.

2. Acknowledge that the abuse was wrong, unconditionally. (S)He needs to identify the justifications (s)he used, including the ways (s)he blamed you, and talk in detail about why his/her behaviors were unacceptable, without defending them.

3. Acknowledge that his/her behavior was a choice, not a loss of control.

4. Recognize the effects his/her abuse has had on you and on your family, and show empathy for those. (S)He needs to talk IN DETAIL about the impact that the abuse has had, including fear, loss of trust, anger, etc. And (s)he needs to do this without feeling sorry for him/herself or talking about how hard the experience has been for her/him.

5. Identify in detail his/her pattern of controlling behaviors and entitled attitudes. (S)He needs to speak in detail about the day-to-day tactics of abuse (S)he has used, identify the underlying beliefs and values that drove those behaviors, such as considering him/herself entitled to constant attention.

6. Develop respectful behaviors and attitudes to replace the abusive ones (s)he is stopping.

7. Reevaluate his/her distorted image of you, replacing it with a more positive and empathetic view. (S)He has to recognize that (s)he has focused on and exaggerated his/her grievances against you. (S)He needs to compliment you and pay attention to your strengths and abilities.

8. Make amends for the damage (s)he has done. (S)He has to have a sense that (s)he has a debt to you. (S)He can start payment by being consistently kind and supportive, putting his/her own needs on the back burner for a couple of years, fixing what (s)he has damaged, and cleaning up the emotional and literal messes (s)he has caused.

9. Accept the consequences of his/her actions. (S)He should stop blaming you for problems that are the result of his/her abuse.

10. Commit to not repeating his/her abusive behaviors. (S)He should not place any conditions on improvement – such as saying (s)he won’t call you names as long as you don’t raise your voice.

11. Accept the need to give up his/her privileges and do so. Stop double standards, stop flirting with others, stop taking off with friends while you take care of the children. (S)He also is not the only one allowed to express anger.

12. Accept that overcoming abusiveness is likely to be a life-long process. (S)He cannot claim that his/her work is done by saying, “I’ve changed, but you haven’t.” or complain that (s)he is sick of hearing about the abuse.

13. Be willing to be accountable for his/her actions, both past and future. (S)He must accept feedback and criticism and be answerable for what he does and how it affects you and the children.

How to Assess an Abuser’s Claims of Change – from Lundy Bancroft, “Why Does He Do That; Inside the Minds of Angry and Controlling Men” 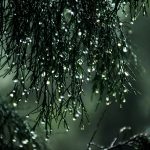 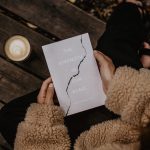 It’s all OVER . . .Relationship Violence