What is Anorexia Nervosa?

Anorexia nervosa, in the most simple terms, is self-starvation. Anorexics (anorectic is also correct usage) are typically described as “walking skeletons”, a graphic image that depicts the pallor and frailty of these struggling individuals. Anorexics are also often characterized as stubborn, vain, appearance-obsessed people who simply do not know when to stop dieting. But anorexia nervosa is much more than just a diet gone awry, and the sufferer more than an obstinate, skinny person refusing to eat. It is a complex problem with intricate roots that often begins as a creative and reasonable solution to difficult circumstances, and is thus a way to cope.

Anorexia is Greek word meaning “loss of appetite”, which is misleading because only in the late stages of starvation do people in fact lose their appetites. Instead, an intense fear of weight gain leads anorexics to routinely and vehemently deny their hunger. In order to formally diagnose an individual with anorexia nervosa, clinicians turn to the fourth edition of the American Psychiatric Association’s Diagnostic and Statistical Manual of Mental Disorders (DSM-IV, 1994). The DSM-IV lists four criteria that an individual must meet in order to be diagnosed as anorexic, generalized as follows:

The DSM-IV also differentiates between two specific types of anorexia nervosa. “Restricting Type” denotes individuals who lose weight primarily by reducing their overall food intake through dieting, fasting and/or exercising excessively. “Binge-Eating /Purging Type” describes those who regularly binge (consume large amounts of food in short periods of time), and purge through self-induced vomiting, excessive exercise, fasting, the abuse of diuretics, laxatives, and enemas, or any combination of these measures.

Reprinted with permission from Anorexia Nervosa: A Guide to Recovery by Lindsey Hall and Monika Ostroff, Gürze Books, 1999.

Bulimia is an obsession with food and weight characterized by repeated overeating binges followed by compensatory behavior, such as forced vomiting or excessive exercise. For an epidemic number of women and men, bulimia is a secret addiction that dominates their thoughts, undercuts their self-esteem, and threatens their lives.

The symptoms are described by the Egyptians and in the Hebrew Talmud; and bulimia (Greek for “ox-hunger”) was widely practiced during Greek and Roman times. In the later half of the twentieth century, though, eating disorders, and particularly bulimia, have been identified as widespread cultural phenomena. Bulimia is also termed bulimia nervosa and bulimarexia. In 1980, the American Psychiatric Association formally recognized bulimia. In its fourth edition, the Diagnostic and Statistical Manual of Mental Disorders (APA, 1994) lists the following criteria that an individual must meet to be diagnosed:

These cases are also life-damaging and need to be taken seriously. Although the overt symptoms of bulimia revolve around food behaviors and a fear of gaining weight, bulimia is actually a way to cope with personal distress and emotional pain. Eating binges take time and focus away from more disturbing issues, and purges are an effective way to regain the control and feelings of safety lost during the binge. Also, while bulimic behavior may have started as a seemingly-innocent way to lose weight, the cycle of binging and purging usually becomes an addictive escape from all kinds of other problems.

Reprinted with permission from Bulimia: A Guide to Recovery by Lindsey Hall and Leigh Cohn, Gürze Books, 2000

What is Binge Eating Disorder or Compulsive Eating?

Binge-Eating Disorder or Compulsive Eating is characterized primarily by periods of impulsive gorging or continuous eating. While there is no purging, there may be sporadic fasts or repetitive diets. Body weight may vary from normal to mild, moderate, or severe obesity.

A significant number of people suffer with “other” eating disorders which do not quite fit the criteria for anorexia nervosa and bulimia nervosa. Clearly there are some who abuse vomiting and/or exercise without bingeing as forms of weight management, while there are others who indulge in repetitive episodes of bingeing without purging.

Eating disorders arise from a combination of long-standing psychological, interpersonal, and social conditions. Feelings of inadequacy, depression, anxiety, and loneliness, as well as troubled family and personal relationships, may contribute the development of an eating disorder. Our culture, with its unrelenting idealization of thinness and the “perfect body,” is often a contributing factor. Once started, eating disorders may become self-perpetuating. Dieting, bingeing, and purging help some people to cope with painful emotions and to feel as if they are in control of their lives. Yet, at the same time, these behaviors undermine physical health, self-esteem, and a sense of competence and control.

The material on BED or Compulsive Eating and roots of eating disorders is copyrighted and may be reproduced or used for educational and non-profit purposes only, with acknowledgment of EDAP. Portions of this text were written by Michael Levine, Ph.D. and Margo Maine, Ph.D. ©1998 Eating Disorders Awareness and Prevention, Inc. (EDAP) 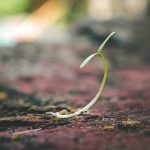