Top Posters In This Topic

Hello again Kevin - I'll start here with one betrayal that still rocks me from time to time. My mother visited my rapist in jail. Even though I was used to never having her be on my side, that was a

@pursuinggrace. I'm so sorry Laura, this is all terrible and so wrong. You deserved so much better. Lou x 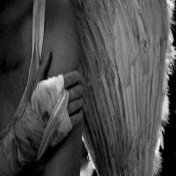